We've just crossed the 50,000 song mark for requestable songs. Â That's right - the largest library on the net, just crossed a major milestone! Â Thanks to all users who have helped support this station in so many ways, from sending CD's to being backstage pass subscribers. We would not have made it Â to 50k songs without your help (especially after the massive station crash years ago)...

Riot
Fire Down Under

Coney Hatch
First Time For Everything 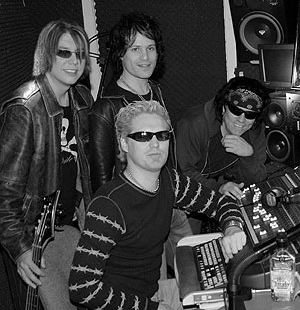 
Named after the Hollywood night club, Starwood's sound harkens back to the era of late 70s/early 80s glam and sleaze rock bands who became famous there. The band was formed...