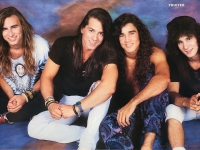 Trixter was formed in 1983 by Paramus, New Jersey natives Steve Brown, Doug Cowie (Dougie C.), Pete Archibald (Pete Loran) and Mike Pane. After only a single show, drummer Mike Pane was replaced by new drummer Mark Spreiregen (Mark 'Gus' Scott) in 1984. By 1986 Trixter was a constant fixture on the concert scene, quickly growing a tremendous fan base. By 1987 Trixter was playing with acts like Kix and Skid Row and found themselves being courted by several major record labels. In 1988, Trixter began recording at legendary Bear Tracks Studios in New York with engineer Nelson Ayers, most notable for recording Guns & Roses "Appetite For Destruction", on what was intended to become their first studio album. But in November 1988, a controversial move replaced bassist Dougie C with local bassist PJ Farley. In May 1989 the band landed a deal with Mechanic/MCA Records.

In September 1989 the band went to Hollywood to record their debut album with producer Bill Wray. Songs from the 1988 recording session including "Ride the Whip" and "Only Young Once" made it to the new album. Trixter was released in May 1990 with the song "Line of Fire" as the single for rock radio. The song slowly climbed the charts, reaching #1 on Z-Rocks Top 100 by July 1990. Along with the release of the album, Trixter also filmed their first video for the song "Give It to Me Good". In September the band headed out on a nationwide tour and after two weeks they landed the opening slot for Stryper. In mid-October Trixter joined Don Dokken for another tour around the USA. It was on this tour that MTV added the video for "Give It to Me Good". Within one week the video was #1 on the Dial MTV top ten video countdown. The video stayed #1 for five weeks straight.

In December 1990 Trixter filmed the video for the second single, "One in a Million", at a sold-out show in Rockland County, New York. The band also recorded a song, "One Mo Time", for the film If Looks Could Kill. The song featured Edgar Winter on saxophone. By January 1991 the record was selling 20,000 units per week. The video for "One in a Million" went #1 on MTV for three weeks. The album peaked at #28 on Billboard's Top 200 Album chart and the single for "Give it to Me Good" was a Top 50 hit on Billboard's Top 100 Singles chart. Trixter did their first-ever arena shows opening for Poison and then headed out on a five-month North American tour with the German rockers Scorpions. In February, the band flew to Daytona, Florida to do MTV's Spring Break and their debut album went Gold soon after. In April 1991 Trixter played their hometown Meadowlands Arena, where they were presented with gold albums at a special after-show party. In May they filmed the video for the third single, "Surrender". In June 1991 Trixter started the "Blood, Sweat & Beers" tour with Warrant and FireHouse. Around this time the popular rock magazine Metal Edge dedicated an entire issue to the band, "The Trixter Color Spectacular". The video and single for "Surrender" were released and once again the video went to #1 on MTV for two weeks and the single went Top 100 in Billboard.

In September 1991, the Blood, Sweat & Beers tour was filmed for a pay-per-view special. October marked the end of the Trixter touring cycle for the debut album. In January 1992, Trixter began pre-production on their second album. Also during that time, the band renegotiated their record deal and were signed directly to MCA Records. Trixter chose James "Jimbo" Barton of Rush and Queensryche fame to produce. Recording for the new album, Hear!, was from April to August 1992.

The band's second album, Hear!, was released in October 1992 and Trixter began a second North American tour, opening for Kiss. "Road of a Thousand Dreams" was released as a radio single. In January 1993, they shot a video for the next single, "Rockin Horse", and began a headlining club tour called The "Hear Club for Men" tour. Hear! did well in Japan, so the band was invited over to do two shows: One in Osaka at Moda Hall and the second in Kawasaki at Club Citta. Trixter finished the Hear! tour in late June 1993 at Milwaukee's Summerfest.

Hear! failed to capture the attention of the MTV mass market, with the Seattle grunge movement fully underway. The band was then dropped by MCA Records and cut its ties with its management.

In 1994 the band recorded the Undercovers EP in Steve Brown's home studio. This was a CD of all cover songs that was released in October 1994 on the indie label Backstreet Records.

Steve Brown announced on December 1, 2007 that Trixter would be reuniting in 2008 for the Give It to You Good tour. In 2008, Pete Loran called the 2 Music Geeks and discussed Trixter's 2008 touring plans and the production of a new live album.[1] The reunited Trixter played a total of five dates in 2008, beginning with an appearance at the Rocklahoma festival in July and ending with a sold-out headlining performance in November, their first hometown NJ show in over 13 years. On March 27, 2009, Trixter performed at the Crazy Donkey in Farmingdale, New York. Trixter is also in the studio recording new material for a new album to be released in early 2012.

After thirteen years, 2008 had all the original members on the worldwide concert circuit once again. Since reforming the band has released Alive in Japan, a live concert CD featuring two new songs and a Best Of CD with all the hits remastered. On November 28, 2008, Trixter returned home to New Jersey for a homecoming show at Dexter's Entertainment Complex in Riverdale, New Jersey. Trixter also appeared on the cover of the EC Rocker magazine along with a feature story in North Jersey's biggest newspaper, The Record. On February 20, 2009, Trixter and Dokken sold out The Grizzly Rose in Denver, Colorado. 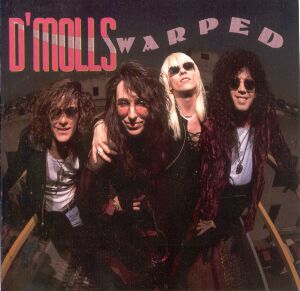