Sanctuary was formed when guitarists Sean Blosl and Lenny Rutledge, bassist Jim Sheppard, and drummer Dave Budbill were joined by former Serpent's Knight singer Warrel Dane. His extremely high pitched vocals were a perfect fit for their Judas Priest influenced speed metal sound. Their early demo recordings caught the attention of Dave Mustaine (Megadeth) who produced their debut album. Sanctuary's second LP expanded on the debut with a more progressive sound. They would also release a promotional live CD before splitting up in 1991. Dane, Sheppard and touring guitarist Jeff Loomis then formed Nevermore. Dane and Sheppard recently reunited with Rutledge and Budbill for a few concerts and have plans to record a new Sanctuary album. 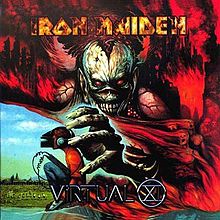