In the early 70's, Punky Meadows, Mickie Jones, and Ralph Mormon (Joe Perry Project) were in a band called Bux who released 1 album in 1975 ("We Come to Play"). Bux went nowhere and broke up. In 1976, Jones and Meadows were asked to join the New York Dolls and they declined. Soon after that, Angel were born. Angel [Frank Dimino (Vocals), Punky Meadows (Guitar), Gregg Giuffria (Keyboards), Mickie Jones (Bass), Barry Brandt (Drums)] were discovered playing the clubs of Washington D.C. in 1975 by Gene Simmons and Neal Bogart (Casablanca Records). Bogart signed Angel to Casablanca which also included artists diverse as Kiss, Donna Summer, and the Village People. Angel started out as more of a Progressive Hard Rock band as witnessed by their first two albums "Angel" & "Helluva Band" and moved into more of a commerical Hard Rock direction with "On Earth As It Is In Heaven" and "White Hot." Felix Robinson replaced Jones on Bass for "White Hot." The final studio album "Sinful" saw the band go for an AOR Pop sound. Casablanca Records went under in the early 80's and the band broke up. Giuffria tried to keep the band going with Rudy Sarzo (Quiet Riot & Ozzy) on bass and Fergie Fergusion (Le Roux & Toto) on vocals, but things just did not work out. Gregg Giuffria went onto form the bands "Giuffria" and "House of Lords" in the 80's. After those bands ended, Giuffria made a fortune programming music for Casino machines. He is now part-owner of the Hard Rock Hotel and Casino in Mississippi. Felix Robinson joined White Lion in early 80's, but left the band before they hit it big. Mickie Jones moved to L.A. and tryed to make it in various local bands. He later worked in the film industry. Jones passed away in 2009. Frank Dimino and Barry Brandt have reformed Angel in the 2000's with Lillian Axe guitar player Steve Blaze and toured off and on through out the decade. Dimino currently teaches vocal lessions in Las Vegas. U.S. Album Chart Positions: 1976 "Angel" (#156) 1976 "Helluva Band" (#155) 1977 "On Earth As It Is In Heaven" (#76) 1978 "White Hot" (#55) 1979 "Sinful" (#159) 1980 "Live Without A Net" (#149) U.S. Singles Chart Positions: 1977 "That Magic Touch" (#77) 1978 "Ain't Gonna Eat Out My Heart Anymore" (#44) RCC 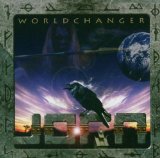