In early 2010 the metal world witnessed the birth of Reverence, co-founding by (guitarist/songwriter) Bryan Holland and (vocalist/songwriter) Todd Michael Hall, these two musicians hatched a plan to form a new power metal band. Bryan and Todd had a instant brotherhood and the songs started flowing.

Todd Michael Hall gained notoriety with his 4 octave range and is best known as the vocalist for Jack Starr's Burning Starr, Todd has recorded several studio albums and toured throughout Europe. "I stumbled upon Todd's website and I knew right then and there I had found the perfect voice," stated Bryan.

When it came to a rhythm section, the choice was simple, Bryan continued, "I have been friends with Steve 'Doc.Killdrums' Wacholz 15 years and we always wanted to play together but the time was never right, until now!" Doc is a founding member of Savatage and Crimson Glory. Doc played on their first eight studio albums and numerous world tours.

"There was no one else we wanted on bass!" Enter, (bassist) Ned Meloni, who has played with Jack Starr's Burning Starr and Funny Money.

The last pieces of the puzzle arrived, (guitarist), Pete Rossi. "Doc had played with Pete in another project,so he came highly recommended and after a quick audition, it was clear, Pete fit perfectly into our style" Bryan declared.

Reverence debut cd "When Darkness calls" was released on Razar Ice Records on May 31st 2012 and heading to the UK and Europe on a 2012 fall tour. The band will add legendary classics from their respective bands to their setlist. 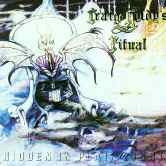 Craig Goldy's RITUAL
In Over My Head
Hidden In Plain Sight
Time Left: 04:21