Brothers Jon and Criss Oliva began their careers in the late 70s in a band called Metropolis U.S.A. before forming Avatar with bassist Keith Collins and drummer Steve Wacholz. In 1983 they changed their name to Savatage (a combination of the words Avatar and Savage) and released their debut, Sirens, on Par Records. The album was reissued by Combat in 1985 who also released the Dungeons Are Calling EP which included new recordings of some of the older Avatar songs. Then they were picked up by Atlantic Records for their next nine albums. After releasing the Power Of The Night LP in 1985, Keith Collins was replaced by Johnny Lee Middleton. Savatage played in a power metal style for most of the 1980s with the exception of Fight For The Rock, a more commercial album that is often criticized for the record label's meddling. In 1989 Savatage added touring guitarist Chris Caffery as a permanent member. After that they released Gutter Ballet which marked the start of their transition to a more progressive sound.
Zak Stevens took over vocal duties in 1993, though Jon Oliva stayed with the band focusing on songwriting while also contributing some keyboards and backing vocals. Jon also worked on other projects such as Doctor Butcher during this time. Following the recording of Edge Of Thorns, Steve Wacholz left the band, being replaced temporarily by former Roxx Gang drummer Andy James. Later that year tragedy struck when lead guitarist Criss Oliva was killed by a drunk driver. The band soldiered on, however, taking on former Testament guitarist Alex Skolnick as his replacement, with Jeff Plate (Doctor Butcher, Metal Church) on drums. Skolnick appeared on Savatage’s eighth full-length album, Handful Of Rain, before former member Chris Caffery returned to take his place. Al Pitrelli (Alice Cooper, Widowmaker) also joined as a second guitarist at this time.
For their last album (Poets And Madmen) Jon would return to his former position as vocalist, with Stevens moving on to Circle II Circle. Al Pitrelli also left, joining Megadeth, though he did record some solos for this album. Having split with Atlantic Records, Poets And Madmen was released on Nuclear Blast. Despite rumors to the contrary there are no plans to continue Savatage, the band focusing on the vastly more successful Trans-Siberian Orchestra as well as Jon’s side project, Jon Oliva’s Pain. 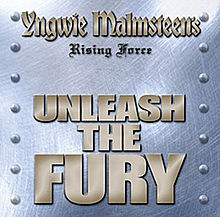