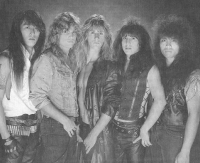 Heretic was a Los Angeles based power/thrash metal band who sounded very similar to Metal Church. The band was formed in 1984 by guitarist Brian Korban and bassist Dennis O'Hara. Their first release, featuring Mike Towers (Abattoir) on vocals, was the track "Impact" on the Metal Massacre 7 compilation. They found a new singer in Julian Mendez and followed this with an EP titled Torture Never Sleeps. After changing singers again, this time with Mike Howe taking the position, they released the Breaking Point LP. Shortly thereafter, Howe would leave to replace David Wayne in Metal Church. In 1989, Wayne would team up with Korban and O'Hara of Heretic and form a new band called Reverend. 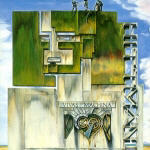 Hittman
Say A Prayer For Me
Vivas Machina
Time Left: 00:39