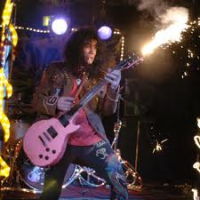 David Coverdale
Cry for Love
Into the Light
Time Left: 04:24